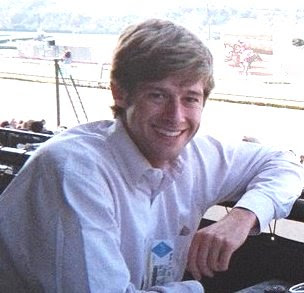 Guest Contributor: Michael S. Quinn
[Mike Quinn is a third year student at Albany Law School and this year's Executive Editor of the Albany Law Journal of Science & Technology. He is an avid runner, boxer and yogi. He's also a terrific student, one I've thoroughly enjoyed having in class, and, at my request, he drafted this post. It's an abridgment of his article, "Wrotten But Not Dead: High Court of New York Signals the Legislature to Review Televised Testimony at Criminal Trials," which will be published in a forthcoming issue of the Journal.]


Baseball may not be the only thing to come out of the Bronx this October. Back in 2005, Live Video Teleconferencing (VTC) testimony of an adult witness was used at criminal trial in a Bronx County Supreme Court. [For non-New Yorkers, "Supreme Court" is the title of the state's trial court.] The trial thus elevated the concern for the well-being of an infirm elderly victim over an accused’s right to face-to-face confrontation. A case of first impression was born.
In late 2009, the Court of Appeals, New York State's highest court, reviewed People v. Wrotten. Specifically, the court appraised the constitutionality of this technologically infused trial testimony. By a vote of 4-2, it upheld the use of the VTC testimony. In resolving the issue, the state's high court relied on the opinion of Justice Sandra Day O’Connor in the U.S. Supreme Court's 1990 decision in Maryland v. Craig. In that case, O'Connor wrote that “[w]e have never held . . . that the Confrontation Clause guarantees criminal defendants the absolute right to a face-to-face meeting with witnesses against them at trial.” The witness in that case was a child.

In 1985, several year prior to that Supreme Court decision, the New York Legislature had amended the state's criminal procedure law to allow vulnerable child witnesses to testify via VTC. The Court of Appeals upheld the constitutionality of that then-novel statute in 1990 in People v. Cintron. Twenty five years hence, exercising judicial discretion to employ this procedural statute by analogy, the Bronx trial court in Wrotten permitted an infirm elderly complainant to testify against his assailant from a California nursing home.

Based largely on the complainant's televised testimony, the defendant was found guilty. On appeal, the First Department Appellate Division [the branch of New York's intermediate appeals court that sits in Manhattan] held that the use of VTC testimony by an adult witness was reversible error, and it overturned the conviction.

The Court of Appeals, however, had a different view. Speaking through Judge Carmen Ciparick--over the dissenting opinions of Judges Robert Smith and Theodore Jones--the court reversed the Appellate Division and upheld the trial court's judgment. In doing so, the high court addressed two questions. First, it ruled that the trial court did have the inherent power to exercise discretion to fashion testimonial procedure. Second, it concluded that the video testimony did not violate the defendant’s federal constitutional right to confront adverse witnesses.

The Court of Appeals' majority reasoned that the interest in preserving the well-being of an infirm elderly witness sufficiently offset the defendant’s right to confront that witness face-to-face. Additionally, the majority found that all the “traditional indicia of reliability” were present in the two-way televideo procedure, including the ability of defense counsel to cross-examine the complainant in real time.

Following the Court of Appeals' ruling, the defendant sought review by the U.S. Supreme Court. The petition for certiorari was denied. In a statement issued with that denial, Justice Sonia Sotomayor explained that there was a factual issue in Wrotten still to be resolved by the New York courts. She also, however, stressed the importance of the constitutional issue raised in the case.

The Appellate Division has since resolved the remaining factual matter. The Supreme Court's initial jurisdictional objection to reviewing the case is, therefore, no longer a factor, and the defendant will likely petition the Supreme Court again this current term.

Sotomayor’s statement is foreboding. This is especially so when considered with the comments issued by Justice Antonin Scalia in 1992 on proposed amendments to the Federal Rules of Criminal Procedure. In those comments, Scalia roundly condemned the proposed general permissibility of video transmitted testimony as mere "virtual confrontation" satisfying only "virtual constitutional rights." In addition to Sotomayor's and Scalia's statements is the current disagreement on the issue among the lower federal courts.

Taken together, these factors strongly suggest that the Supreme Court would welcome an opportunity to resolve the question regarding the constitutional validity of an adult witness testifying via VTC. If the defendant in Wrotten does repetition for certiorari, the Supreme Court may well reconsider hearing the case by the time the last pitch is thrown in the World Series.