Part 2--NY Court of Appeals: The List for the Graffeo Seat

Governor Andrew Cuomo has 30 days from September 3--the date the Commission on Judicial Nomination presented him with its list of 7 names--to nominate one of them for New York's highest court, the Court of Appeals. So this coming Friday, October 3, is the deadline.

Let's take a quick look at the 7 candidates. We'll start with the judges on the list. (There had to be some order, and I just didn't feel like alphabetical.) 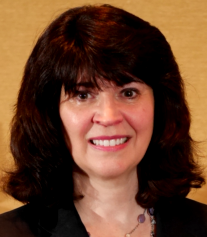 Victoria A. Graffeo
Currently the Senior Judge on the Court of Appeals, her 14 year term will expire at the end of November, thus creating the vacancy that needs to be filled. She is the sole Republican on the nomination list. (Indeed, the only one on any of the last 3 lists.)
At the age of 62, she is eligible to serve on the Court for another 8 years before reaching New York's (moronic) mandatory 70-age retirement.
Appointed by Republican Governor Pataki--whose Nixonian demagogy about the Court and strict partisanship in his nominations were deplorable--the fairly conservative Judge Graffeo is nevertheless very highly regarded by Democrats as well as Republicans, liberals as well as conservatives, and she enjoys wide and strong support for reappointment from the bench and bar.
She has a well-earned reputation as a wise, collegial, ethical, hard-working Judge who helps make today's Court of Appeals such a fine court.
[Disclosure: yes, I'm a liberal Democrat. But as someone who studies the Court closely and believes it to be the jewel in New York government, as well as a jewel among American courts, state or federal, I am a very strong supporter of Judge Graffeo's reappointment.]

Eugene M. Fahey
Currently a Justice on the Appellate Division, 4th Department--i.e., that branch of New York's intermediate appeals court that sits in Rochester--he has been included on 2 prior Court of Appeals nomination lists. The Commission has apparently found him to be quite impressive and well-qualified.
Justice Fahey practiced law for 8 years, he served on the Buffalo Common Council, and was a trial judge on Buffalo City Court as well as on state Supreme Court (New York's highest trial court) prior to being appointed to the Appellate Division in 2006.
At 63, he would be able to sit on the Court of Appeals for 7 years before reaching the mandatory (and, again, moronic) retirement age.
Realistically, as a white male from western New York, he would seem an unlikely choice to replace 1) a woman, 2) who is the only Italian-American (the state's largest ethnic group) on the Court, and 3) with a white male western New Yorker already on the Court--i.e., Judge Eugene Pigott, who will reach mandatory retirement age in 2 years.

Leslie E. Stein
Currently a Justice on the Appellate Division, 3rd Department--i.e., that branch of the intermediate court that sits in Albany--she has served as a Family Court Judge, a City Court Judge, and a state Supreme Court Justice before her elevation to the appellate court in 2008.
In addition to her judicial career, Justice Stein was in private practice for 13 years, concentrating on matrimonial law.
She has a strong reputation and is very well-liked in the Capital region. If the Governor were not to reappoint Judge Graffeo, she would almost certainly be the favorite alternative of the bench and bar in Upstate New York.
At 57, she would be eligible to serve on the Court of Appeals for 13 years of the 14 year term.


In the next post, we'll take a look at the remaining--non-judge--candidates.