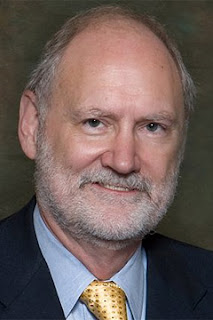 He's white, a guy, born and educated in Montana, a Protestant, and apparently straight.

In other words, he's not a minority or a woman--you know, the only people President Obama cares about, or so some think.

He's not a New Yorker or even an Easterner--there are already 3 New Yorkers on the Court (Scalia, Ginsburg & Sotomayor, and even Roberts who was born in Buffalo), and only 1 Westerner (Kennedy).

He was not educated at one of those Northeastern Ivy League law schools, and especially not at Harvard or Yale--every Justice, except retiring Justice Stevens, graduated from Harvard or Yale or, in the case of Justice Ginsburg, from Columbia after studying her 1st 2 years of law school at Harvard.

He's not another Catholic or Jew--6 Justices are Catholic (Roberts, Scalia, Kennedy, Thomas, Alito, & Sotomayor), 2 are Jews (Ginsburg & Breyer), and only retiring Justice Stevens is Protestant.

He's not gay, or so it would appear he's not inasmuch as he's married with 2 children and no one seems to be claiming otherwise. In any event, he's not a gay or lesbian activist with a same-sex marriage agenda that would scare the bejesus out of some Senators and almost certainly spark a filabuster.

So there's plenty about Judge Thomas that would commend him to those Senators (and their constituents) who are Obama's (and liberals') reflexive opponents. A Judge Thomas nomination removes many of the specters that most frightens or galls many conservative Senators (and, again, their constituents) about a liberal, minority president getting a second nomination to the Supreme Court.

A few other things. Thomas practiced law for nearly 20 years after he graduated from law school--and he did so in Montana, not in some big Eastern-establishment law firm in New York or Washington. He was appointed by President Clinton to the 9th Circuit in 1996, so he's had federal appellate judicial experience for 14 years--he's not a rookie to judging.

But there's one trait of Judge Thomas that undoubtedly towers over, or trumps, everything else. For Obama and his most ardent supporters it is a huge and essential positive for the next Justice. For Obama's opponents in the Senate and the conservative commentariat, as well for much of the electorate, it's almost certainly a deal killer and the trigger for a heated, bitter, and prolonged confirmation battle.

Judge Thomas is a liberal. More than that, and he has a long, liberal paper trail.

Thomas has been prolific as a federal appeals Judge, and his opinions would be used against him in confirmation hearings and in public relations warfare. Some conservative commentators are already geared up for a fight if he is nominated. He is, according to them, a Judge on the radical left wing of a radical left court--i.e., the most liberal of the federal appeals courts, and the one that the (conservative) Supreme Court reverses much more than it does any other court.

Of course this has little to do with "objective," "neutral" merit. Certainly nothing to do with how smart Thomas is, or how well educated, or how competent as a lawyer or judge, or how well he can write opinions, or how much he understands about the nature of judging and the role of judges and courts (especially the role of the Supreme Court in our federal republic), or how honest and fair and ethical and otherwise honorable he is.

But it certainly does have a great deal to do with how he sees the world, how he sees the role of government and the liberties and equal treatment of people in a free society, how vigorous or passive he believes the Supreme Court should be, and how he will vote.

In short, Obama's and the liberals' opposition would be crazy NOT to care about how an Obama nominee would vote if confirmed. And they WILL care very much about a nominee like Thomas. He would not be an easy confirmation. He would face vigorous, concerted, sustained opposition. For that reason, it doesn't seem very likely that he'll get Obama's nod.

But just in case he does, or just to see why he would face such opposition, let's take a quick look at some of his opinions. In fact, let's just look at a few of his recent dissenting opinions--you know (and are probably tired of hearing) that these are the most revealing of the opinions a judge writes. These reveal what's important enough to go public with one's disagreement with colleagues who constitute the majority of one's court.

As for Thomas, he's written plenty of them. Since his appointment 14 years ago, he has written about 100 dissents. By contrast, for example, Judge Merrick Garland, who is also being considered by Obama, has authored only 15 since he was appointed 13 years ago. Judge Diane Wood, also apparently on the short list, has been a very active dissenter on the conservative 7th Circuit where she sits. But even her output, a little more than 50 dissenting opinions in 15 years, is half of Thomas's. (The possible nominations of Judges Garland and Wood were profiled in previous posts on New York Court Watcher: Supreme Court: Short List to Replace Stevens (Part 2: Diane Wood), April 24, 2010; Supreme Court: Short List to Replace Stevens (Part 4: Merrick Garland [1]), May 3, 2010;Supreme Court: Short List to Replace Stevens (Part 4a: Merrick Garland [2]) , May 4, 2010.)

So let's check out some of Thomas's dissents. For lack of a better, less cherry-picked selection, let's just look at his last 5 dissents.

In Bull v. City & County of San Francisco (2010), the appeals court upheld a policy to strip search all arrestees who were being jailed, as well as any prisoner who had contact with an outside visitor. Thomas dissented on the ground that the policy applied to all arrestees regardless of the nature of the crime or whether there was any reason to suspect danger or criminal evidence.

In Pugh v. Astrue (2010), the appeals court affirmed the trial court's denial of a claim for social security disability benefits. Thomas dissented, arguing that the trial court should have reviewed the claim and not merely rubber stamped the administrative agency's decision to deny benefits.

In Norwood v. Vance (2010), the appeals court approved the decision of prison officials to disallow any outdoor exercising during lockdowns which extended for most of 2 years. Thomas dissented, arguing that his court should have upheld the trial court's ruling, based on a jury verdict, that the action of the prison officials was unjustified.

In U.S. v. Mitchell (2009), the appeals court upheld a drug conviction despite a juror at trial who might have been biased because her close relative was killed by a drug dealer. Thomas dissented, arguing that the trial judge should not have seated the juror who said that her judgment might be affected, and that the judge's error required an automatic reversal of the conviction.

In Martinez-Madera v. Holder (2009), the appeals court upheld an order to deport an alien who was convicted of attempted murder, despite the fact that his stepfather was a U.S. citizen. Thomas dissented, arguing that the defendant had been raised by his stepfather since the age of 6 months, had been treated as the stepfather's son for over 40 years in this country, and was thus entitled to be treated as the son of the citizen stepfather--which would preclude deportation.

Now, just a few more dissents in recent years. These I am cherry-picking as among those which Thomas would surely be grilled about were he to be nominated.

In U.S. v. Comprehensive Drug Testing, Inc. (2008), Thomas argued in dissent that the government had engaged in an unconstitutional search when it looked for the drug testing records of 11 major league baseball players in computer files, as authorized by a warrant, but then found the records of numerous other players in the course of that search.

In Shahverdy v. Mukasey (2008) [and several other cases], the appeals court affirmed the order of the Board of Immigration Appeals which denied an alien's request for asylum because it did not believe the alien's claim that she would be subject to persecution in her home country. Thomas [in this case and the others] dissented on the ground that the alien's claims were wrongfully discounted.

In U.S. v. Kelley (2007), a search of the defendant's home computer, conducted pursuant to a warrant, uncovered child pornography. The appeals court upheld the search, but Thomas dissented, arguing that the warrant was not supported by probable cause to believe that Thomas actually had any child pornography on his computer.

In U.S. v. Cortez-Rocha (2005), the appeals court upheld a border agents' search of the defendant's spare tire which uncovered marijuana. Thomas dissented on the ground that there was no justification for the search.

In Jespersen v. Harrah's Operating Co. (2006), the appeals court held that it was not sex discrimination for a Nevada casino to require its female bartenders to wear make up. Thomas dissented, arguing that the casino's policy conformed to outdated and impermissible sex stereotypes.

OK, that's enough. The patterns are clear. In both criminal and civil cases, Judge Thomas is what's known in common parlance as a liberal. Quite liberal.

Now that might not be offensive to everyone. [ Disclosure: It certainly is not to me. Whether or not I agree with all of Thomas's opinions--and I do not--I do prefer judges who err on the side of being liberal, i.e., on the side of civil rights and liberties and social justice and generally being progressive, than those whose impulses are the opposite.] It will actually be very welcome to most Obama supporters and other liberals. But it WILL be cause for dismay and fierce opposition from others if Thomas is nominated for the Supreme Court.

Just think again about those few opinions we just identified. Just think about what was involved. Prisoners. Drugs. Aliens. School discipline. Child pornography. Traditional view of the sexes. On all of those matters, Thomas was on the less popular side of the issue. In fact, the very unpopular side of most of those issues. The side of the issues that many will have serious and even thoughtful disagreements with. But more than that, the side of the issues that can be exploited and demagogued by Obama's political opposition.

It would be a nasty and divisive nomination fight. And one that I would not bet on Obama and Thomas to win. Obama and his advisers surely know that. For that reason, I think that a Thomas nomination is a very long shot.

Well, the word is that a nomination is very shortly forthcoming. We shall see and, naturally, we shall then blog!