[O]nly those interests of the highest order and those not otherwise served can overbalance legitimate claims to the free exercise of religion.
---Chief Justice Warren Burger, Wisconsin v. Yoder, 1973

We have never held that an individual's religious beliefs excuse him from compliance with an otherwise valid law.
---Justice Antonin Scalia, Oregon v. Smith, 1990

How free exercise of religion--i.e., the freedom to practice one's religion, to abide by one's religious convictions--was historically recognized as a fundamental right in this country. How it was strongly protected as such (along with free speech, free press, right to counsel in a criminal case, right to equal racial treatment, etc.) by the Court.

How government was not allowed to interfere with that right unless it had a very important reason for doing so, and had no other way to accomplish its purpose. In other words, unless the government really needed to and had no alternative. 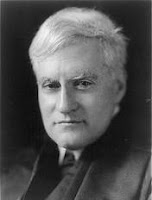 Along with other fundamental rights, free exercise of religion was considered "implicit in the concept of ordered liberty"--to use Justice Benjamin Cardozo's immortal phrase from his 1937 opinion for the Court in Palko v. Connecticut. Yes, one of those truly indispensable rights about which it could be said--in Cardozo's words again--"neither liberty nor justice would exist if they were sacrificed."

Yes, that is the right included in the very first clause of the very first amendment of the national charter. That's a pretty good indication of where religious freedom fits in the constitutional hierarchy. And the Supreme Court treated religious liberty accordingly--at least for a while.

Let's finish this series of posts with a look at some of the religious liberty landmarks of the Supreme Court. Specifically, let's take a look at what the Court said about free exercise of religion and about the necessary restrictions that free exercise placed on government--and NOT vice versa. 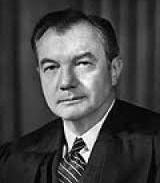 [Yes, that's the Robert Jackson who served as the Chief Prosecutor in the Nuremberg trials, who was from Jamestown in western New York, and who attended Albany Law School. He is widely considered the Court's most beautiful stylist together with Benjamin Cardozo--another New Yorker, another Justice tied to Albany Law School (He as a lecturer.), and, as noted above, another avowed believer of religious freedom as a right "implicit in the concept of ordered liberty."]

In Barnette, the Court invalidated the state's mandatory flag salute in public schools insofar as it applied to the religiously objecting Jehovah Witnesses. An exemption was required to protect their religious freedom, because of their religious belief that the 1st Commandment permits allegiance only to God.

Although the state had a legitimate purpose to promote patriotism, the Court held that fundamental liberties like freedom of worship could "not be infringed on such slender grounds." As Justice Jackson put it: such liberties "are susceptible of restriction only to prevent grave and immediate danger to interests which the state may lawfully protect."

And then, in those lines as magnificent as any in the Court's history, Jackson wrote:


If there is any fixed star in our constitutional constellation, it is that no official, high or petty, can prescribe what shall be orthodox in politics, nationalism, religion, or other matters of opinion or force citizens to confess by word or act their faith therein. If there are any circumstances which permit an exception, they do not now occur to us.

[I gladly admit that I--along with many others--am stirred whenever I hear or read those lines. Now THAT was a judge, and THAT was a court.]

Twenty years later, in Sherbert v. Verner, the Supreme Court confronted an issue involving the denial of unemployment benefits to a Seventh Day Adventist who, in accord with her religion, refused to work on the Saturday Sabbath. The Court held that the state violated the 1st Amendment by requiring a choice between religious beliefs and receiving benefits.

As in Barnette, the Court, speaking through Justice William Brennan, recognized religious liberty as one of those "indispensable democratic freedoms." Accordingly, Brennan explained, "only the gravest abuses, endangering [a] paramount interest" could justify a burden, even an incidental one, on free exercise of religion.

Nine years after Sherbert, the Court again reaffirmed the Constitution's guarantee of religious liberty, applying the strictest of scrutiny to any governmental interference with free exercise. In its 1972 decision in Wisconsin v. Yoder, the Court held that the state had to exempt the Amish from its compulsory education law. 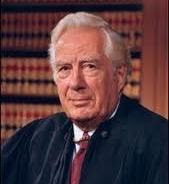 The Amish had objected on religious grounds to exposing their children to worldly influences other than basic read, writing and arithmetic in elementary school. Speaking through Chief Justice Warren Burger, the Court acknowledged government's very important interest in the education of children. But, what was decisive was the state's failure to show that it could not or should not accommodate the Amish with an exemption.

Explaining that the government's interest in compulsory education had to give way to the religious claims of the Amish, Burger summarized the Court's dedication to protecting freedom of religion:


The essence of all that has been said and written on the subject is that only those interests of the highest order and those not otherwise served can overbalance legitimate claims to the free exercise of religion.

Continuing in his opinion for the Court, the Chief Justice went further:


Nor can this case be disposed of on the grounds that Wisconsin's requirement...applies uniformly to all citizens of the State and does not, on its face, discriminate against religions or a particular religion...A regulation neutral on its face may, in its application, nonetheless offend...the free exercise of religion.

But that was then.

Eighteen years later, in 1990, came Oregon v. Smith. This time, instead of the Amish, it was the Native American Church. Instead of Chief Justice Burger, it was Justice Scalia.

Instead of a compulsory education law, it was a drug prohibition. Instead of a belief in avoiding worldly influences, it was a long-standing (and indisputedly genuine) sacramental ritual using peyote. And instead of respecting religious liberty's essential role in a free society, the Court denigrated it to second-class status. In fact, to a status below legislation. Yes, constitutional, 1st Amendment, free exercise of religion subordinated to routinely enacted laws. 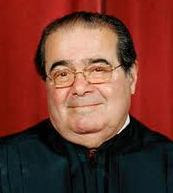 Refusing to require an exemption from the law prohibiting the use of peyote, and consequently refusing to protect the religious worship of the Native American Church, Scalia recharacterized the law of religious liberty in a way that was simply unrecognizable from what it actually had been. To the astonishment of virtually every religious liberty scholar, as well as 4 of his colleagues, Scalia insisted in his majority opinion that:


We have never held that an individual's religious beliefs excuse him from compliance with an otherwise valid law.

So, as Scalia further explained, a law that prevented the free exercise of religion was still perfectly constitutional, and no religious exemption was required, as long as the law was neutral on it face and did not intentionally target a particular faith. And again, according to him, the Court had never held differently.

Of course, that was not true. Justice Sandra Day O'Connor said so politely, if firmly, in her separate concurring opinion condemning the Scalia-penned new rule. (Scalia "misreads settled First Amendment precedent.") So did Justice Harry Blackmun in his dissenting opinion for 3 of the Justices. (Scalia "mischaracteriz[es] this Court's precedents.")

And so did Michael McConnell--former U.S. Court of Appeals, 10th Circuit Judge; current Stanford professor; and the nation's foremost religion and the law scholar. As McConnell put it: Scalia's "purported ...use of precedent is troubling, bordering on the shocking."

Indeed, as support for this rather shocking proposition that an "otherwise valid law" supersedes freedom of religion, Scalia quoted from a decision of the Court which the Court itself had quickly overruled.

The overruled decision was Minersville School Dist. v. Gobitis (1940). That was the first case involving Jehovah Witness school children refusing to pledge allegiance to the flag. In that case, the Court held that the 1st Amendment did not require a religious exemption from the mandatory pledge. The majority in Minersville--just three years before the Court reversed itself--had argued that:


Conscientious scruples have not, in the course of the long struggle for religious toleration, relieved the individual from obedience to a general law...The mere possession of religious convictions which contradict the relevant concerns of a political society does not relieve the citizen from the discharge of political responsibilities.

As anyone with even the slightest familiarity with Constitutional Law knows (and that includes Scalia), the Court overruled  Minersville in its landmark decision in West Virginia v. Barnette. As we've already discussed, the Court majority in that case, speaking through Justice Jackson, gave effect to the fundamental right of free exercise of religion. Under the 1st Amendment, religious liberty could be denied "only to prevent grave and immediate danger."

And the Supreme Court had ever since repeated the same. As it did in its decision in Sherbert with the Saturday Sabbatarians and in its decision in Yoder with the Amish. But the Court's majority in Smith, speaking through Scalia, disregarded those precedents and literally stripped religious liberty of protection from any "otherwise valid law."

Stated otherwise, in the aftermath of Scalia and the Smith decision, the 1st Amendment guarantees freedom of religion only against laws that are otherwise invalid. Of course, that is no protection at all! Those laws are already invalid for some other reason. Anyone believing in freedom of religion, anyone who takes it seriously, should hope the Court overrules Smith and returns to Barnette, Sherbert, and Yoder.

Congress attempted to do just that. In an attempt to overrule Smith, it passed, and the president signed, the Religious Freedom Restoration Act of 1993 [RFRA]. That law prohibited interference with religious liberty unless government had a compelling purpose, and that purpose couldn't be accomplished in some other way. In other words, the law was an attempt to restore Barnette, Sherbert, and Yoder.

Unfortunately, the Court majority showed that it really meant what it said in Smith. In City of Boerne v. Flores (1997), the Court held that RFRA protected religious liberty more than the 1st Amendment, and that Congress had no authority to impose such protection for religious liberty upon the states. Consequently, the city government in that case was free to enforce a local zoning law against a Catholic parish, without any concern whatsoever for the church's religious objections.

Subsequently, the high courts of several states, among them California and New York, unencumbered by any meaningful federal constitutional protection for free exercise of religion, approved state health insurance requirements on religious organizations, despite their religious objections. Yes, contraceptive coverage.

In both Catholic Charities of Sacramento v. Superior Court (2004) and Catholic Charities of Albany v. Serio (2006), the California Supreme Court and the New York Court of Appeals, respectively, dismissed the religious liberty claims. They did so without any concern about compelling government interests or alternative ways to accomplish them.

No. With Smith as the federal constitutional standard and, thus, virtually no 1st Amendment restrictions on interfering with religious liberty, the state courts could and did dismiss the religious objections with near-impunity. And other states--and the federal government--had every reason to believe that they could do so as well.

As the Court said in West Virginia v. Barnette, again in the words of Justice Jackson:


The very purpose of a Bill of Rights was to withdraw certain subjects from the vicissitudes of political controversy, to place them beyond the reach of majorities and officials, and to establish them as legal principles to be applied by the courts. One's right to life, liberty, and property, to free speech, a free press, freedom of worship and assembly, and other fundamental rights may not be submitted to vote; they depend on the outcome of no elections.

[For additional discussion of the Supreme Court's treatment of religious liberty, past and present, see my "The Fall of Free Exercise: From 'No Law' to Compelling Interests to Any Law Otherwise Valid," 70 Albany Law Review 1399.]