[The videocast of a recent interview I did on the topic is linked at the end of the commentary that follows. The power point presentation will be included in Part 2.]

The 1st Amendment allows "no law...prohibiting the free exercise" of religion. But the protection given religious liberty today is a far cry from that promise.

That assessment is not related to the kind of nonsense heard on talk radio or a certain television news network. It's not about a "War on Christmas," or about "removing God from the classroom," or about prohibiting the erecting of a Ten Commandments monument in a courthouse, or about other decisions to keep church and state separate.

No, it's not about government being forbidden to practice or impose religion, or otherwise endorse religious beliefs. That should be forbidden. The 1st Amendment doesn't allow that either.

Yes, that assessment is about individuals and groups of individuals being denied the right to freely exercise their religion in their lives.

It's about being denied the freedom to live according to one's most fundamental beliefs about what God--or analogously religious conscience--requires. The freedom from government and society interfering with the exercise of one's religion.

There is a serious problem in the protection of religious liberty. And the problem is that the Supreme Court could hardly be worse in protecting the 1st Amendment right of religious free exercise. Yes, hardly worse.

Also--and this is surprising to most--it's not the liberal Justices. It's the conservative ones that have had very little regard for that constitutional guarantee of religious freedom.

That's usually the way it has been throughout our nation's history. Minority religions: Mormons, Quakers, Jews, Jehovah Witnesses, Seventh Day Adventists, Sikhs, Muslims, etc. The liberal Justices are often very sympathetic to them. The conservative Justices not.

[That's not the observation of ideological partisans. It's just historical fact. It's about liberal Justices typically being protective of minority concerns, and conservative Justices typically siding with more traditional, established views.]

Exhibit #1 is the 1990 decision of the Supreme Court in Oregon v. Smith. Every freedom of religion scholar knows it. Overwhelmingly, they detest it.

In an opinion authored by Justice Antonin Scalia, the Court held that any law--as long as the law is valid for any reason--defeats free exercise of religion. That's right: legislation beats the Constitution. At least for religious liberty.

As long as the law makes some sense (i.e., is rational), and it does not deliberately target (i.e., discriminate against) a particular religion, that law defeats 1st Amendment freedom of religion! Let's be clear:

Yep, that's the status of religious liberty under the Constitution today because of the modern Supreme Court. Yep, a 2nd class liberty today.

But why would a conservative Supreme Court, speaking through a very conservative Justice, have ruled that way? Well maybe, just maybe, it's because the particular religion in that case happened to be a minority one.

Again, this is not my personal, individual, unique view. It's the view of nearly every religious liberty scholar. It was also the view of 4 Justices who vehemently disagreed with the majority in that case. It was also the view of Congress, which immediately enacted legislation in an attempt to overrule the Court's decision.
[P.S. The Court, in turn, invalidated most of that law, viewing it as an assault on the Court's authority to construe the Constitution.]

The freedom to practice and abide by one's religion. Whether that religion be majority or minority, popular or unpopular, traditional or a bit different.

Other fundamental rights--e.g., freedom of speech, freedom of the press, freedom to assemble--are all protected by the Constitution from laws that abridge them. The government must have an extraordinarily good reason to restrict them.

But today, after Oregon v. Smith, freedom of religion has no such constitutional protection.

I know this can be difficult for some to believe. It may well sound like exaggeration, even hysteria, to those who don't study 1st Amendment law. But to those of us who do--even to the few who might even agree with that decision--there is no question what that decision did.

It "re-interpreted" the 1st Amendment to deny religious liberty the protection provided to every other fundamental constitutional right. 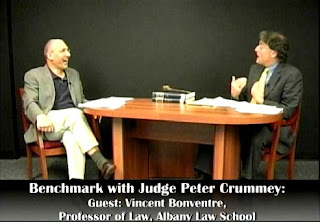 The next post, Part 2, will be the power point presentation I delivered in March on a panel devoted to this subject.