You've no doubt heard and read a great deal about the decisions, and I've done lots of commenting on them. Nevertheless, let me offer an outline. Hopefully, it will clear up some of the confusion and undo some of the misinformation that's out there.
If you do want more, links to some of my interviews are below.

Unless you've been hiding in a cave, you know that the Supreme Court on the last day of its term rendered decisions in the 2 same-sex marriage appeals it had heard in March. One of the appeals dealt with the federal Defense of Marriage Act (DOMA). The other with California's Proposition 8.

The DOMA case (U.S. v. Windsor)
Section 3, the only provision at issue before the Court, defined marriage for all federal purposes as between a man and a woman.
The effect was to deny federal recognition and all federal marital benefits to same-sex couples legally married in their states. 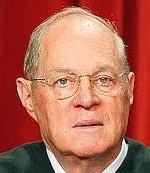 In an opinion for the Court by Justice Kennedy [Not too surprising.], a bare 5-4 majority [Kennedy, Ginsburg, Breyer, Sotomayor, and Kagan.] held:
That section 3 of DOMA was unconstitutionally discriminatory.
That it disparaged, demeaned, and injured same-sex couples legally married in their respective states.
That there was no legitimate government reason for the law--e.g., protecting the public health, safety, or welfare.
That, as expressly stated in the congressional history and in the law itself, the law was based on mere moral disapproval of same-sex marriage.
That mere disapproval of the moral and sexual choices of same-sex couples does not justify the federal government's imposing inequality and injury on their intimate relationships which have been deemed worthy by their respective states.
That this ruling prohibits the federal discrimination against same-sex marriage that was dictated by section 3 of DOMA, the only law at issue in this case--no state marriage law is affected by the ruling. 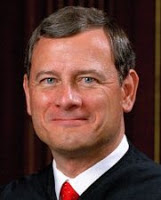 In his brief dissenting opinion, Chief Justice Roberts argued:
That the Court's majority ought not to be branding Congress with bigotry for enacting DOMA.
That DOMA did serve the legitimate government interests of uniformity and stability in federal law by retaining the traditional definition of marriage.
(In one line, he said he agreed with Justice Scalia--see below--that the Court should not have even decided the appeal. Roberts did not otherwise express any agreement with Scalia.)

In his lengthy dissenting opinion, Justice Scalia [joined by Justice Thomas] argued:
That it is a legitimate government interest to "enforce traditional moral and sexual norms."
That there are "many perfectly valid" reasons for a law disapproving "same-sex marriage (or indeed same-sex sex)." [Scalia's parenthetical, not mine.] E.g., avoiding uncertainty and unforeseen changes in the law, and "stabilizing prudence."
That, as for the majority's claims that the law was intended to disparage, or injure, or impose inequality on same-sex couples, "I am sure these accusations are quite untrue."
That the majority's ruling in this case was foreshadowed "when the Court declared a constitutional right to homosexual sodomy." [Scalia was referring to Lawrence v. Texas, 2003, where the Court held that laws which criminalized gay and lesbian sex were unconstitutional because those laws served no legitimate government purpose--not that homosexual sodomy, any more than heterosexual sodomy, is a constitutional right.]
That the majority's ruling in this case, in turn, clearly indicates that any state law prohibiting same-sex marriage will be ruled invalid.
That the Court should "let the People decide" whether to recognize or prohibit same-sex marriage.

(As for the Court even rendering a decision at all:
That the Court had no power to decide the appeal because there was no actual controversy--i.e., the plaintiff [Windsor, the widow of a same-sex marriage] and the defendant [the United States government] were in agreement that section 3 was unconstitutional; and the 4 congressional Republicans ["BLAG"] who brought the appeal in support of DOMA were not parties to the dispute.)

In his dissenting opinion, Justice Alito argued:
That the issue of same-sex marriage is highly emotional, important, and complex, and the judiciary should proceed with "both caution and humility."
That the "long-term ramifications of widespread acceptance of same-sex marriage" are uncertain to "social scientists, philosophers, and historians" as well as to others.
That "judges are certainly not equipped to make such an assessment."
That the "Constitution does not codify" any particular view of marriage.
That for the Court to invalidate any distinction between opposite-sex and same-sex marriage is to "cast all those who cling to traditional beliefs about the nature of marriage in the role of bigots or superstitious fools."

(Alito disagreed with Scalia about the Court's power to decide the appeal. In short, he argued that the House of representatives has standing--i.e., it has a sufficient stake in the outcome--because the courts below invalidated a law which the House passed, and that the Bi-partisan Legal Advisory Group ["BLAG"]--the 4 Republican Congress members who appealed--were authorized by the House to represent it.)


As for the background and facts underlying the DOMA case:
The federal government was sued by a widow of a same-sex marriage. Though her marriage was fully recognized in New York, she was denied surviving spouse tax benefits under federal law because of DOMA, section 3. The federal district (trial) judge ruled that section 3 was unconstitutional. The federal appeals court agreed.

The Obama administration, agreeing with those courts and believing DOMA to be invalid, refused to defend the law. But a group of Republican Congress members chose to do so. They were granted review by the Supreme Court.

The arguments presented at the Court were outlined previously on New York Court Watcher. Most notably, what was avoided by the lawyers was the non-legal nonsense often heard about same-sex marriage being immoral and hurting traditional marriage. (See Gay Marriage at the Court; and Part 2.)

In its decision in the DOMA case, the Supreme Court agreed with the 2 lower federal courts that section 3 was unconstitutional. Again, the 5-4 majority opinion was written by Justice Anthony Kennedy, the Court's swing-vote. Indeed, Kennedy was also the author of the Court's 2 previous major decisions upholding the rights of gays and lesbians.

The first was Romer v. Evans (!996). There, the Supreme Court invalidated a Colorado state constitutional provision that prohibited any law allowing gays or lesbians to claim discrimination. The second was the previously mentioned Lawrence v. Texas (2003). There, the Court invalidated a Texas law, and by extension any law, that made gay or lesbian sexual intimacy a crime--i.e., "homosexual sodomy," in Scalia's constant refrain.

Those 2 Kennedy-authored decisions were certainly the building blocks for the Court's DOMA ruling.

In the next post we'll briefly outline the Prop 8 decision.

Meanwhile, for those of you who just can't get enough, here are links to a few interviews I did on the same-sex marriage decisions:

Wednesday’s ruling by the Supreme Court is being hailed as a victory by the gay rights movement. In a 4-5 decision, the court struck down the constitutionality of DOMA, the Defense of Marriage Act, which defines marriage as between a man and a woman. In what is also considered a win for advocates of marriage equality, the Court declined to hear an appeal out of California dealing with the same issue.
Albany Law Professor & New York Court Watch blogger Vincent Bonventre will have analysis of the decision.
[https://www.dropbox.com/s/rggth0d2dxu15hx/JUN272013.mp3 ]