(Friday's marriage decision...Must be honest: Alleluia!
We'll recap that in the next post.
Well, a later post.)

We previewed the Obamacare subsidies case a couple of weeks ago:
Supreme Blockbusters Coming: Marriage, Obamacare, Execution, & Confederate Flag (Part 2--Obamacare)
[BTW, called it! Both the outcome and the voting line-up. Of course, if you make predictions, every once in a while you'll get one right.]

Here's a recap of the specifics of the decision in King v. Burwell: 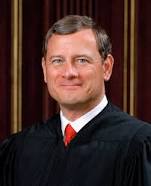 Justice Scalia's Opinion for the Dissenters

To recap the recap:
1) Federal and state exchanges are to be treated equally--specifically for the availability of  tax subsidies for lower income purchasers of health insurance.
2) Roberts for the majority: "an exchange established by the state" should be interpreted in coordination with the entire law and its overriding purpose--hence, that phrase should be read to include a federal exchange established in a state that failed to set one up itself.
3) Scalia for the dissenters: the phrase means only what it says--no more, no less.

In the next--ummm, a later--post we'll recap the same-sex marriage decision.