NYCOA: Criminal Appeals (Part 4a)--Recent Dissents That Should Have Been Majorities

There are famous dissents that were right when written and were ultimately vindicated in cherished landmarks. John Marshall Harlan's dissent, condemning "separate but equal" in Plessy v. Ferguson, became the law of the land in Brown v. Board of Education. Louis Brandeis's dissent in Olmstead v. United States, where he urged a less cramped understanding of search and seizure protections, was adopted by in Katz v. United States. Hugo Black's dissent in Betts v. Brady, arguing for the right to counsel in state prosecutions, became the majority in Gideon v. Wainright. 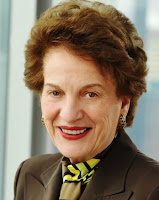 Perhaps the most widely celebrated in recent years is Judith Kaye's 2006 dissent in Hernandez v. Robles, where her call for a right to marry for same-sex couples was embraced shortly thereafter in both state statute and the Supreme Court's Obergefell v. Hodges decision. 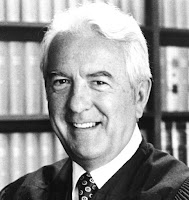 Matthew Jasen's 1985 dissent in Tebbutt v. Virostek, urging the recognition of a mother's cause of action for the medically negligent killing of her unborn child, became the law of the state 19 years later in Broadnax v. Gonzalez.


While perhaps not as dramatic as the foregoing, there are recent dissenting opinions at the Court of Appeals that seem clearly preferable to the positions taken by the majority. To be sure, these are my opinions. What is not simply my opinion, however, is the value of published dissents.

These open disagreements with the majority are valuable in identifying perceived weaknesses in the Court's decision. This, in turn, forces the majority either to address those concerns--thereby improving its own opinion--or to leave them unaddressed and, thereby, give rise to legitimate questions about the strength and candor of the decision.

Dissenting opinions also underscore the fact that the case is a close one. That the Court had to choose between competing arguments. That the judges had to exercise judgment--a sometimes radical proposition today. That the Court could legitimately have decided the case differently, but for reasons explained--though not always--the majority preferred one possible decision over another.

And finally, of course, dissenting opinions may simply be much more wise or fair or humane or for some other reason much better or legally correct. If so, they may well be recognized as such and ultimately embraced by a different majority or by the legislature.

As one who follows Courts, including decisional and voting patterns, I must confess another reason for welcoming dissenting opinions. Judicial scholars look to divided court decisions for insights into the policies, principles, preferences, philosophies--I could go on with this alliteration, but you get the point--of the court and its individual members. Patterns emerge from the choices made And the choices that have been made are evident when the options are spelled out in dueling majority and dissenting opinions. Beyond that, over a series of divided decisions--i.e., decisions with a dissent or a substantive separate concurrence--the choices that have been made confirm those patterns and underscore, in Cardozo's phrase, "stream[s] of tendency."

All of this, of course, is not only valuable to judicial scholars. It is also indispensable for lawyers who argue before the judges and who look for insights into their votes and decisions. Likewise for citizens who wish to be informed about the final arbiters of our law, about those who are dispensing justice. And, at least as vitally important, for the judges themselves who--as Cardozo (again) and Holmes and other jurists have recognized--are often unaware of their own leanings, deep-seated values and biases, and judicial philosophies.

With those prefatory considerations in mind, we will proceed in the next post to identify some recent dissenting opinions of the New York Court of Appeals. These not only help to identify choices made and patterns confirmed. But they also--at least in my view--are superior to the corresponding majority opinions (i.e., to use my own earlier line, "more wise or fair or humane or for some other reason much better or legally correct").