Let's get to Justice Clarence Thomas.

We've already looked at the records of Chief Justice Roberts, Justices Scalia and Kennedy, and the Court as a whole. The next most senior Justice is Thomas. So let's see how he's been voting in these cases involving issues of racial discrimination. 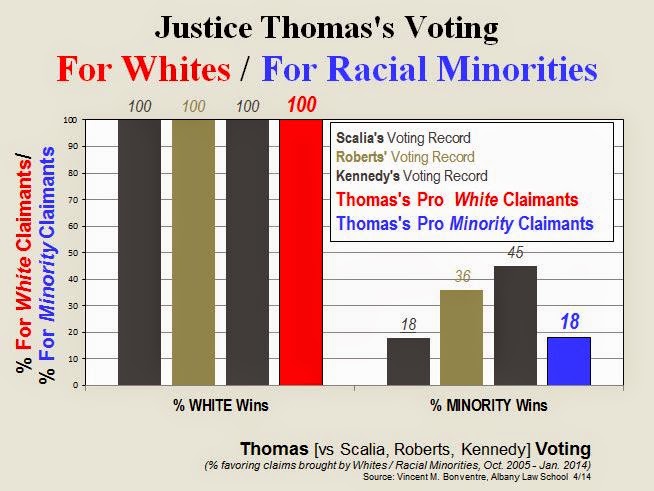 Indeed, if we exclude those clearer, more straightforward cases, where the Court was in unanimous agreement, his record is even more striking. Let's look at Thomas's voting in the closer cases, where the Justices were divided.
GRAPH 2 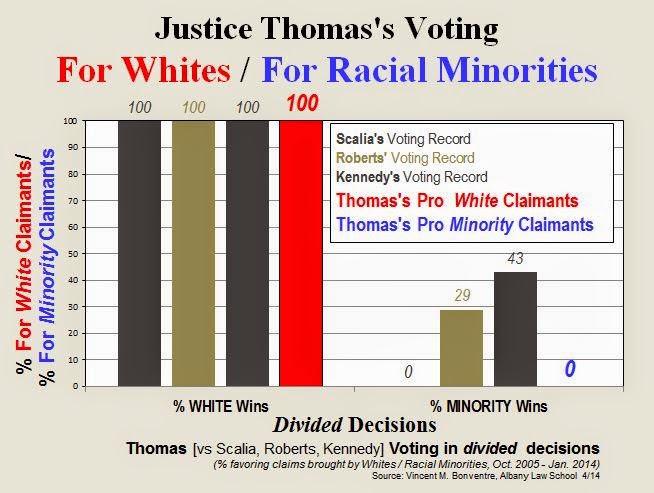 No change of course in the 100% support for complaints by Whites. As for the complaints brought by Racial Minorities, Thomas--again, like Scalia--did not vote to uphold any of them.


Stated otherwise, Thomas always supported Whites when they brought complaints, and he consistently opposed Racial Minorities when they did so. The only exceptions to the latter--as evident from the above 2 graphs--were those cases which were so clear cut that the Justices were unanimous.

Now what about Thomas's record on equal treatment, whether it be for Whites or Racial Minorities? Sticking with the non-unanimous cases, here it is. 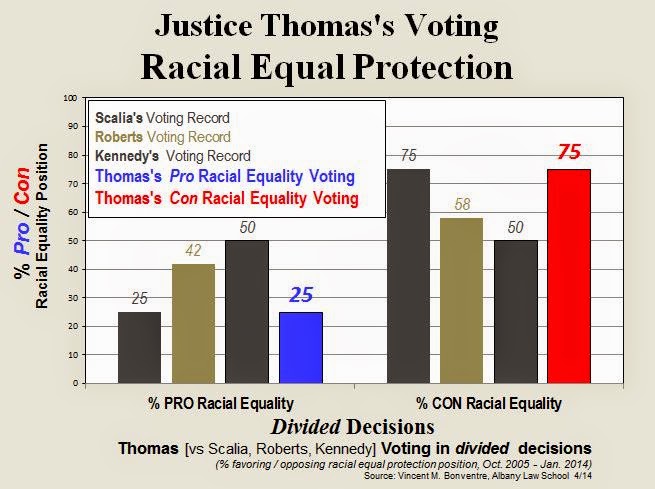 Once more, Thomas's record is identical to Scalia's. In cases where the issue involved protecting or otherwise treating individuals or classes equally, Thomas typically voted against the position that would promote or insure racial equal treatment. 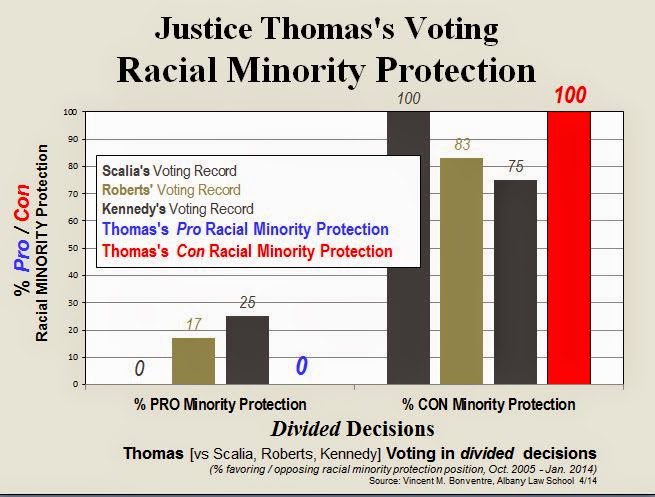 The answer--one last time, as with Scalia--is no. In these cases, Thomas never voted for the position that would have protected or otherwise helped Racial Minorities.  He voted against the pro-Racial Minority position every time.

Yes, there certainly seems to be something going on below the surface with Thomas. Psychoanalysis is well beyond the scope of this series. But connecting the dots is not.

Thomas and Scalia have the same voting record on these matters. A curious record, to say the very least.

In the next post in this series, we'll begin to look at the Court's liberals. The next Justice by seniority is Ruth Bader Ginsburg. It's a pretty sure bet that her record will be quite different than what we've seen thus far. Stay tuned.